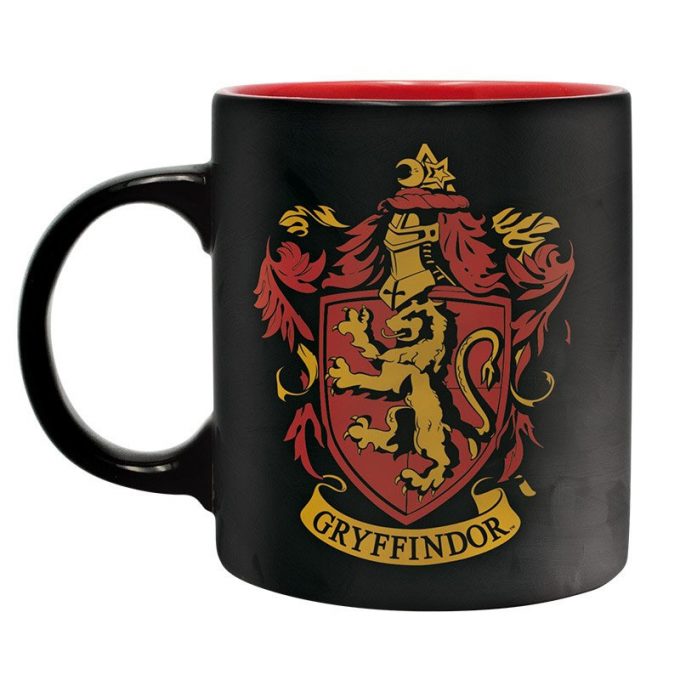 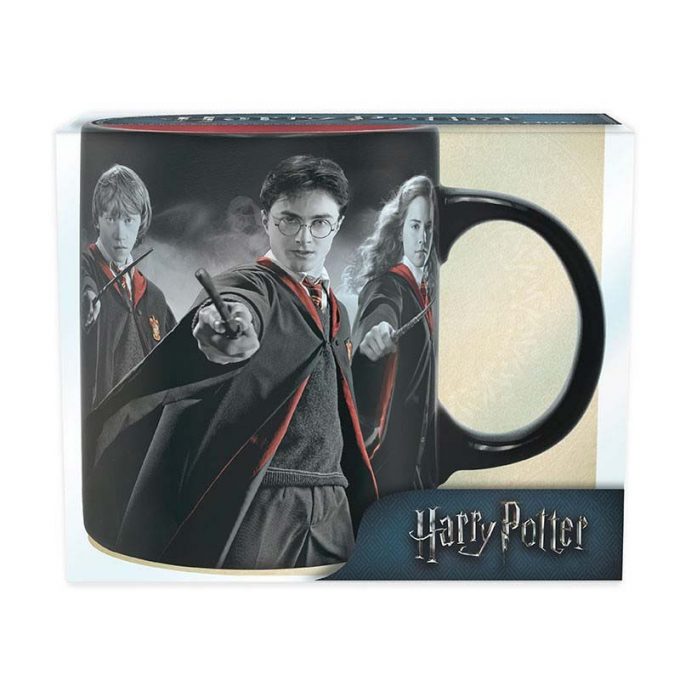 Harry Potter Harry Ron Hermione Mug is perfect for coffee, tea or hot chocolate. Take a break and enjoy, and do it in style! Why have a regular boring mug when there are ones like this? A perfect gift or present for any fan of the series.

Harry Potter Harry Ron Hermione Mug specifications:
* The mug holds 320 ml.
* The colours of the handle and inside of the mug are shown in the picture.
* Comes in a gift box.
* Officially licensed product.
* This mug is suitable for dishwasher and microwave use.

First published in 1997, J.K. Rowling’s bestselling series of novels following the magical adventures of Harry Potter, Ron Weasley and Hermione Granger has since become a cultural phenomenon. A huge success in novel form, the world of witchcraft and wizardry was then given big screen treatment in 2001, launching one of the most successful blockbuster film franchises in cinema history.Harry Potter is instantly recognisable to millions of people across the world, and is hugely popular among fans of all ages.

There are no reviews yet.